Importance of Mangalsutra: Why Indian Women Wear It

There are five things in a Hindy religion that can help you to know the marital status of a woman: bangles, nose ring, toe ring, Mangalsutra, and Sindoor. Each of these signs has a special meaning for a woman, but the vital and most precious for a married lady is a Mangalsutra. Mangalsutra like a sindoor means God’s blessing and long life of her spouse. It contains two words, “mangal” and “sutra” and translates as “auspicious or sacred thread”. So, every Indian girl dreams about stylish Mangalsutra that she will get on her wedding ceremony from the beloved groom. 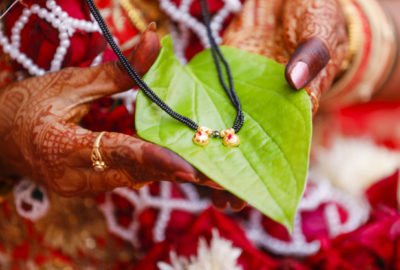 Traditionally, Mangalsutra looks like two strings with small black beads and two big gold beads in the form of a bowl. It is the basic description of this ritual jewelry, but every state of India shows its peculiarities of Mangalsutra’s design. For example, Mangalsutra in North India can be made of a plastic thread while in South India customary Mangalsutra is made of yellow cotton thread. 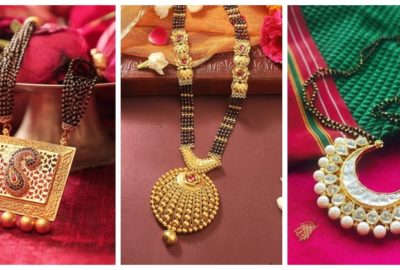 Due to the influence of modern films and serials now Mangalsutra becomes also a trendy accessory, and you can find in jewelry stores a great number of Mangalsutras in different designs. You can find a traditional kind of Mangalsutra, something elegant, creative, or massive and gorgeous. Most people prefer to buy a gold Mangalsutra, but other materials also are in demand, it’s all about the price. It can be a gold-plated Mangalsutra, silver Mangalsutra, or decorated with diamonds and engraving Mangalsutra to your taste.

Meaning of Mangalsutra in Indian culture 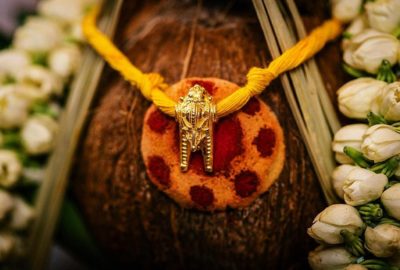 Mangalsutra is part of the wedding traditions in all Indian regions but its origin comes from South India. There it is also called Thalli, Thaaly or Mangalyam (there are a total of 15 possible names) and it’s wearing is a strict rule for married women.

A wedding ceremony in South India includes a special ritual of putting Mangalsutra, named as Mangalya Dharanam. According to this ritual, the groom ties Mangalsutra around the bride’s neck on three nodes. Sometimes the groom ties the first node, and his sister ties the other two nodes. It is a very emotional moment for both families. Beads of Mangalsutra symbolize that as well as they are essential parts of a whole and combined with a single thread, the bride should integrate into her new family and become one and the same with them. 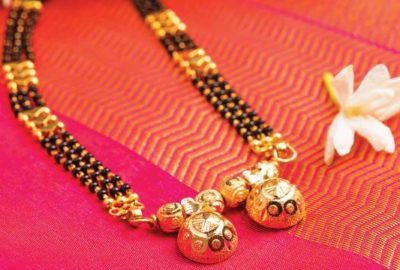 Mangalsutra also plays a role of vital charm in traditional Hindy beliefs. They say that black beads protect a person against the evil eye and bad people, so a married woman wears Mangalsutra to keep her husband and marriage safe. When the groom gives his bride a Mangalsutra it is a symbol of his love and means that he offers his life to this woman.

Now a lot of traditions and meanings have been lost and forgotten but beautiful Mangalsutra is still the main symbol of Hindy marriage and an important thing for every Indian woman. 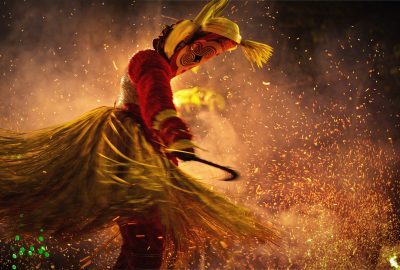 Superstitions in India with Examples (You’d Better Follow Them) 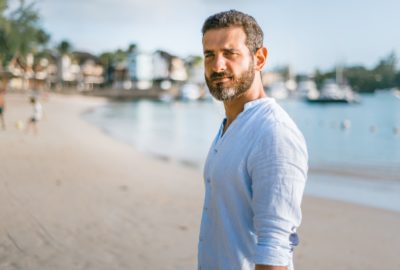 What Is the Best Age for Marriage for a Male in India? 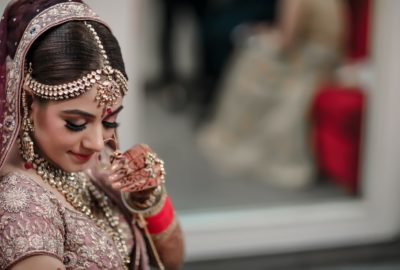