Why Do Guys Always Come Back When You Are Over Them?

We call it The Boomerang Man Phenomenon.

Many women around the world have noticed this incredible phenomenon – guys always come back. This is their nature: to fall in love, lose interest, quit, and then return. And they come back when you are not interested, when your life isn’t a mess, and you just found a new love.

So, what does his grand comeback mean? Is he in love or just bored? And how are you supposed to react? Let’s find out right now.

Contents hide
Why do men leave and come back?
1. It’s a revenge
2. Good sex
3. He feels lonely
4. You became more successful
5. He really wants to get back together
Tune2Love advice

Why do men leave and come back?

So, why do men come back? We know 5 reasons.

Men always come back if they want revenge.

He lacks self-confidence, and seeing you being happy with somebody else drives him crazy. How could you?

So he feels envious and decides to take revenge. Such weak guys will come back in a month or even a year.

Many people want sex, but few enjoy it. If he was happy with you, and other girls did not impress him, he will come for more. And, most likely, he knows what you want, what you fantasize about, which means you also won’t mind experiencing that once again.

Such nostalgic sex is not a crime at all. Sometimes, it’s even the norm. It is convenient, safe, you can experiment, take the initiative.

But let’s be honest, you broke up because there was a reason. In the relationship between a man and a woman, spiritual intimacy takes one of the leading roles, as well. Yes, it may be convenient, but such a “relationship” is doomed to fail. He will get what he wants and leave. And you will be left alone with your feelings.

If you compare movies and life, then the second often wins on the storyline.

Maybe he’s bald or got fat, fell into a depression, his life is not that good anymore. That’s what made him call you again.

If you catch yourself feeling sorry, force yourself to stop thinking about it. Track his actions and words.

There are a couple of nuances. And let’s be honest: he realized that you were generally good and wants to return to this state.

Often this impulse is unconscious. Like the happy memories of your childhood that you keep coming back to.

Honey, you don’t have to save anyone. Everyone should work on themselves and their relationships at the same time. This is the whole point of personal growth.

They always want to come back if you achieved something without him. It’s likely that he never supported your ideas and new endeavors, criticized you, compared you to others. Such guys should be avoided. Don’t let him come back.

He will consider your success to be his achievement to a certain extent.

That leads us to point 1 again. He is insecure and envious – what an explosive mix!

5. He really wants to get back together

Sometimes it happens that though you broke up, feelings didn’t go away. And he wants to return everything back. But you should try to think rationally. It always seems easier to come back to “old” than to let a new person into your life. But there was a reason for your breakup, remember about that.

Let yourself develop further. The old relationship will just slow you down.

Live in the now. If you find yourself scrolling through his Instagram and thinking about him before bed, shake up your life with new or forgotten things: hobbies, friends, and self-development.

The only reason to contact your ex can be a common child.

Now you are a bit closer to understanding your ex’s motives and intentions. It’s up to you how to deal with it now.

We hope you will make the right choice. 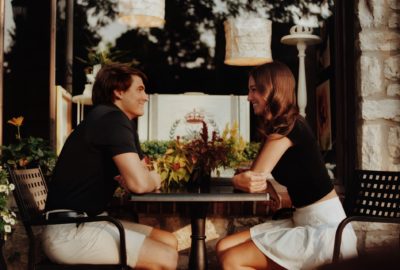 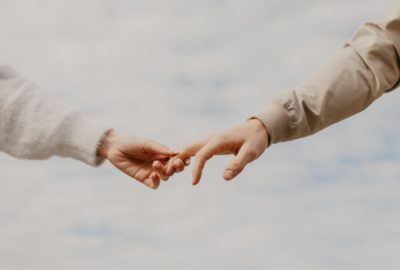