Well, you are either lucky or in danger. So, let’s figure it out now. Before it’s too late (just joking).

When you see a guy staring at you, who doesn’t look away when you catch him, a couple of questions appear in your mind. Who is that, and is there something on my face, is he a serial killer or just finds me pretty?

There are dozens of possible reasons why he’s staring at you. To understand what exactly it is, you need to analyze his body language more thoroughly.

So, what does it mean when a guy stares at you and doesn’t look away?

Reasons they stare at you

You know each other

You can determine what such a look means by its duration. If it lasts no more than 4 seconds, his eyes are on your chest, legs, face, hair, this man is interested in you as a sexual partner.

Most likely, he is looking for a girl for one-night stand.

If a man looks at you for more than 8 seconds, and his eyes are directed exclusively into your eyes, then this may mean deep sympathy.

Eye contact can tell a lot about your partner’s feelings:

What does it mean when a guy stares at you with no expression? Maybe he doesn’t see you at all. You just stood in his way. But let’s be honest, it’s barely possible.

He found you pretty and can’t take his eyes off you. But for some reason, he doesn’t approach you. Why? And what are you supposed to do?

Why he doesn’t approach you and what to do

If you don’t like him, just forget about what you saw.

If you also found him attractive, there is something to think over. Here is a couple of possible scenarios:

He likes you but he is a gentleman

If you are in the company of other people and you have a lively conversation, probably this well brought-up man thinks it’s rude to intervene.

We suggest standing in such a way as to leave room for one or two more participants in your circle. Or step aside for a couple of minutes, letting your admirer walk up to you.

If you think that it is enough to look at this curious man in return, and he immediately understands that you don’t mind talking, you are wrong. It works only with risky guys who are led by their instincts.

A decent, wise man will make sure that your look was not accidental and was intended specifically for him before approaching you.

We suggest a 2-step approach in this case:

The more handsome a man is, the more likely he builds his self-esteem on his appearance and the more painfully your refusal will hit his pride. That is why the uninteresting specimens come up to you more often than those pretty boys.

The handsome man shudder at the thought that he will now cross the hall in front of other people, and you will refuse him.

We suggest reducing the space between you two. This way, it will be easier for him to come up to you. If he still looks interested but sits still, try talking to him yourself. Perhaps he just does not know how to start a conversation. As they say, the more we like a person, the more we are afraid of ruining everything and the more difficult it is for us to get up enough courage to contact them.

This technique works well at a bar or in a shop, where you can shorten the distance by saying, “I can’t see the price over there, may I…” or “Would you mind giving me a cocktail menu?”

He likes you but he’s married

A gaze always denotes an interest in communication. But what is the essence and specificity of the desired contact is not always clear. Married men often do not shy away from light flirting. A close look, a smile and a couple of compliments are just an opportunity to add a little spice to his harsh everyday life.

The moral code and philosophy of life are different for everyone. If for one married man, eye contact and innocent flirting is the maximum that his status allows, for another, it is only the beginning of an adventure.

We suggest that each girl decides for herself how to act in such a situation. But there is no reason to hope for a serious and trusting relationship.

He is simply shy

If a man looks at you for a long time and then looks away, this indicates his shyness. Perhaps he is really interested in you, but shyness does not allow him to take the first step.

We suggest that you make the first move if you find him your type.

“When you catch a guy staring at you, what is he thinking?” is a rather popular question. You will never know what other people think, but you can try to guess by analyzing their body language. We hope our article will help you with it. 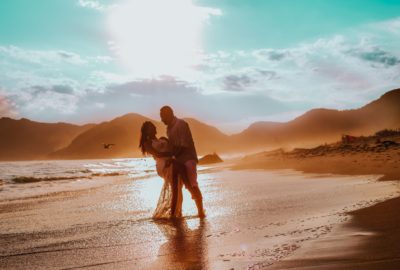 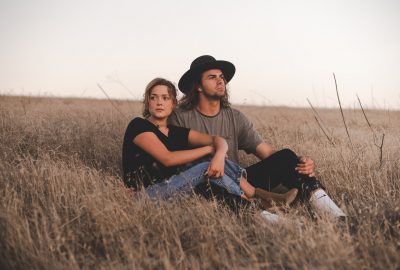